ROGER MORTIMER’S GRANDCHILDREN
I did a genealogical post recently about Henry of Lancaster’s grandchildren which seemed to go down rather well, and here’s one about some of the grandchildren of Roger Mortimer, lord of Wigmore and first earl of March (25 April 1287 – 29 November 1330) and Joan Geneville (2 February 1286 – 19 October 1356).  The couple married in 1301 and had four sons and eight daughters (see Ian Mortimer’s The Greatest Traitorfor more info): Edmund (the eldest son and Roger’s heir), Roger, Geoffrey, John, Margaret (the eldest daughter), Isabella, Joan, Maud, Agnes, Katherine, Beatrice and Blanche.  Talking of the latter, here andhere are pics of Blanche’s stunning effigy in Much Marcle, Herefordshire.  Please take a moment to have a look.  Isn’t she beautiful?  Look at the way her gown is made to spill over the edge of the tomb, her hands clutching a rosary, her tight-fitting gown and head-dress in the style of the mid-fourteenth century.  Stunning.  And here is the effigy of Blanche’s sister Katherine and her husband the earl of Warwick, in Warwick.

END_OF_DOCUMENT_TOKEN_TO_BE_REPLACED

The Wars of the Roses/Richard of York’s claim to the throne/Letter to MichaelHistoryBlog about the article ”The Duke of York vs the Duke of Somerset: the initial cause of the War of the Roses”

RICHARD OF YORK, CLAIMANT TO THE ENGLISH THRONE
AND ONE OF THE MAIN LEADERS OF THE WAR OF THE ROSES
TO BEGIN WITH:
ARMS OF THE ROYAL HOUSE OF PLANTAGENET
DESCENDANTS OF THE PLANTAGENETS, AS
THE HOUSES OF LANCASTER AND YORK, AND OF COURSE
THE PLANTAGENET KINGS, WEAR THOSE ARMS.
FROM THE REIGN OF KING EDWARD III, FRENCH LILIES
[BLUE BLACKGROUND] WERE ADDED TO THE ARMS, SINCE EDWARD III
CLAIMED THE FRENCH CROWN [BEING THE MATERNAL GRANDSON
OF THE DECEASED FRENCH KING PHILIP IV], WHICH WAS THE BEGINNING
OF THE HUNDRED YEAR’S WAR WITH FRANCE 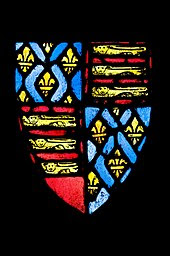 ARMS OF EDWARD III, THE FIRST
PLANTAGENET KING TO ADD THE FRENCH
LILIES [FLEURS DE LYS] BECAUSE OF
HIS CLAIM TO THE FRENCH THRONE
http://en.wikipedia.org/wiki/Edward_III_of_England 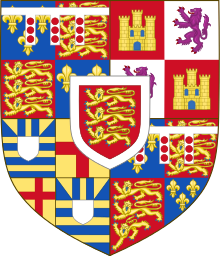 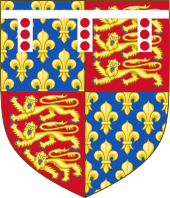 QUARTERLY 1ST [LEFT ABOVE] OF THE ARMS
OF THE DUKE OF YORK:
ROYAL ARMS OF HIS PATERNAL GRANDFATHER,
EDMUND OF LANGLEY,FIRST DUKE
OF YORK SON OF KING EDWARD III
HERE HE HAD A CLAIM TO THE THRONE, BUT LESS
VALID THAN FROM HIS MOTHER’S SIDE, SINCE LANGLEY
WAS THE FOURTH SON OF KING EDWARD III
[LANGLEY HAD THOSE ROYAL ARMS, BEING THE SON
OF A KING]
http://en.wikipedia.org/wiki/Edmund_of_Langley,_1st_Duke_of_York SECOND QUATERLY [ABOVE RIGHT]
OF THE ARMS
OF THE DUKE OF YORK
THE ARMS OF CASTILE AND LEON.
THOSE WERE THE ARMS OF THE
THE PATERNAL GRANDMOTHER OF
RICHARD, DUKE OF YORK,
ISABELLA OF CASTILE, DUCHESS OF
YORK
http://en.wikipedia.org/wiki/Isabella_of_Castile,_Duchess_of_York 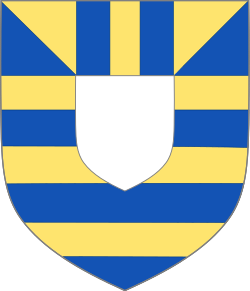 3RD QUATERLY [BELOW LEFT]
OF THE ARMS OF THE DUKE OF YORK
THE ARMS OF THE MORTIMERS
HIS MATERNAL GREAT GRANDMOTHER,
PHILIPPA PLANTAGENET, DAUGHTER
OF LIONEL OF ANTWERP [WHO WAS THE SECOND
SON OF KING EDWARD III], MARRIED EDMUND
MORTIMER, 3RD EARL OF MARCH, WHO THUS
WAS THE GREAT GRANDFATHER OF RICHARD,
DUKE OF YORK.
http://en.wikipedia.org/wiki/Edmund_Mortimer,_3rd_Earl_of_March 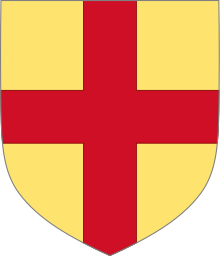 3RD QUATERLY [BELOW LEFT]
OF THE ARMS OF THE DUKE OF YORK
THE ARMS OF THE EARLS OF ULSTER
ELIZABETH DE BURGH, DAUGHTER OF
WILLIAM DON DE BURGH, AND THE 4TH
COUNTESS OF ULSTER, WAS THE MATERNAL
GREAT GREAT GRANDMOTHER OF THE
DUKE OF YORK, BEING MARRIED WITH
HIS ANCESTOR, LIONEL OF ANTWERP
[SECOND SON OF KING EDWARD III]
http://en.wikipedia.org/wiki/Elizabeth_de_Burgh,_4th_Countess_of_Ulster 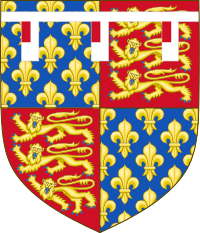 END_OF_DOCUMENT_TOKEN_TO_BE_REPLACED

Reacties uitgeschakeld voor The Wars of the Roses/Richard of York’s claim to the throne/Letter to MichaelHistoryBlog about the article ”The Duke of York vs the Duke of Somerset: the initial cause of the War of the Roses”

English history/[NevillFeast]/Letter from Richard, Earl of Cambridge [father of Richard, Duke of York], to King Henry V/Confession and plea for mercy

LETTER OF CONFESSION AND A PLEA FOR MERCY
OF RICHARD OF CONISBURGH [3TH EARL OF CAMBRIDGE], FATHER TO
RICHARD, DUKE OF YORK, FOR HIS ROLE IN THE SOUTHAMPTON PLOT
AGAINST KING HENRY V
LETTERS FROM RICHARD, EARL OF CAMBRIDGE
TO HENRY V
Richard, Earl of Cambridge, was executed nevertheless in 1415,
leaving his son,  later the  Duke of York behind as an orphan, since his
mother, Anne Mortimer, died, bringing him into the world.
MY REMARKS
SEE FURTHER:
NEVILLFEAST

While hunting down the full text of the Manner & Guiding, I stumbled across these two (too?) sad pieces of correspondence.

In 1415, when his son, Richard (later duke of York), was four years old, Richard, earl of Cambridge, was “accused of a treasonable conspiracy, indicted, convicted and beheaded” (p45). This has come to be known as the Southampton Plot. During his captivity he wrote two letters to the king, Henry V: a letter of confession and a plea for mercy, “but neither had any effect upon Henry” (p45).