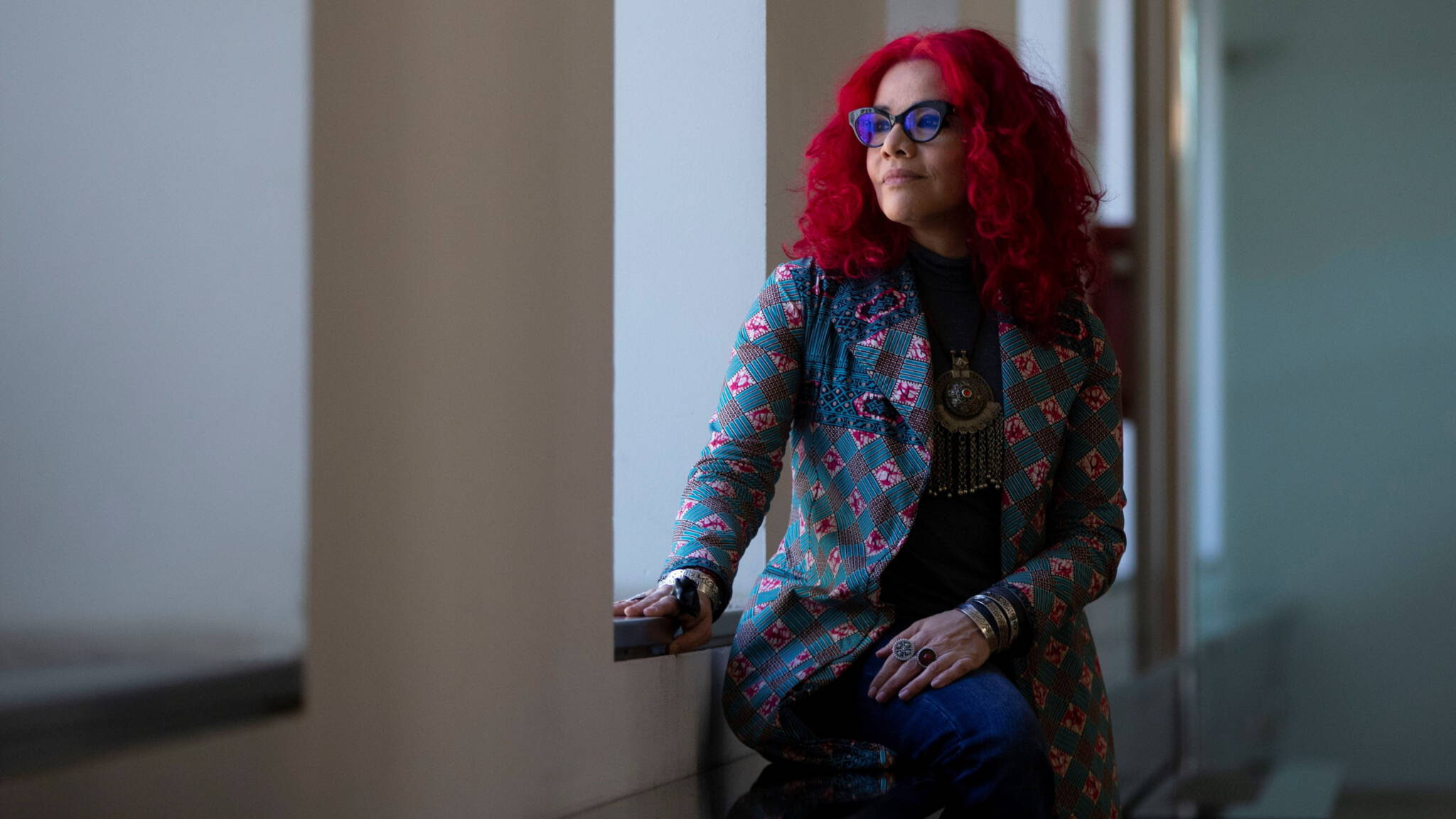 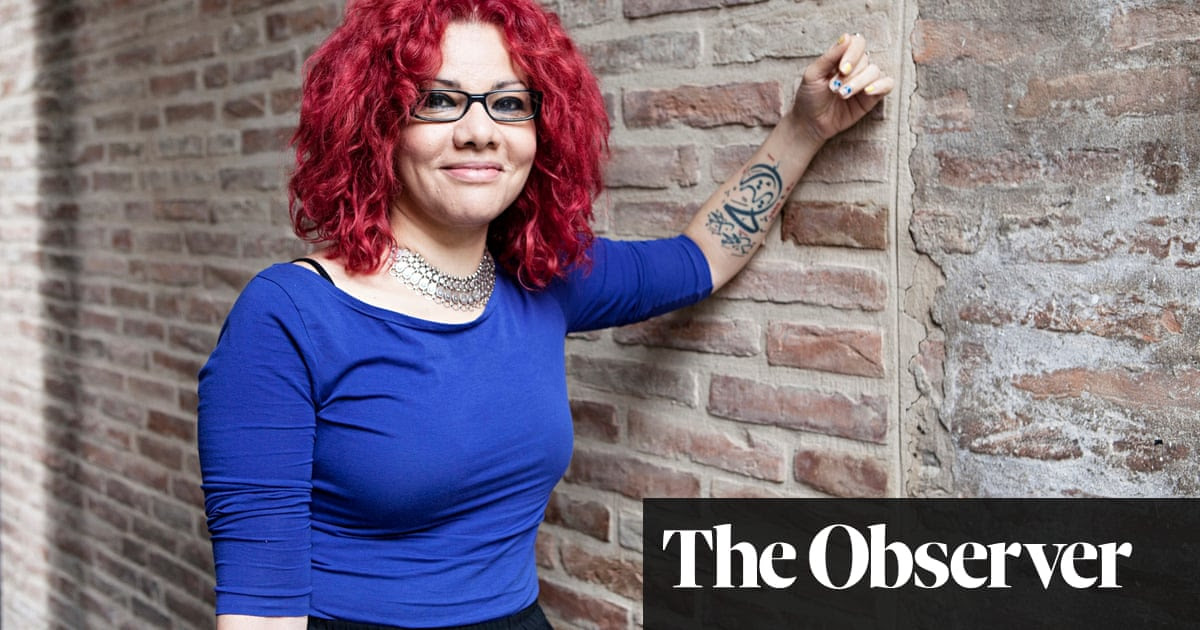 It was one particular event that took place at De Balie (that was brought to my attention on Saturday) which began a closer look for me at the centre and made me question whether I wanted to speak there. I explain my position

. I hope to return to #Amsterdam soon. 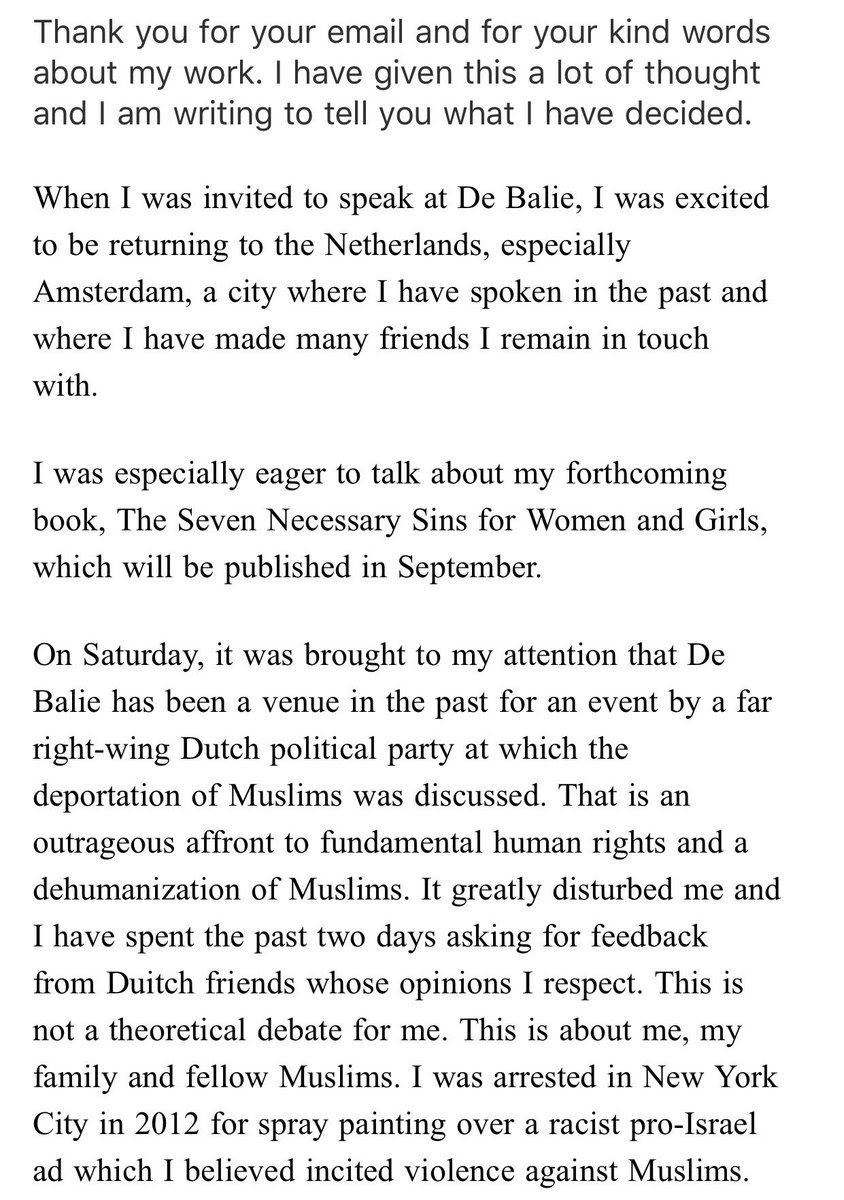 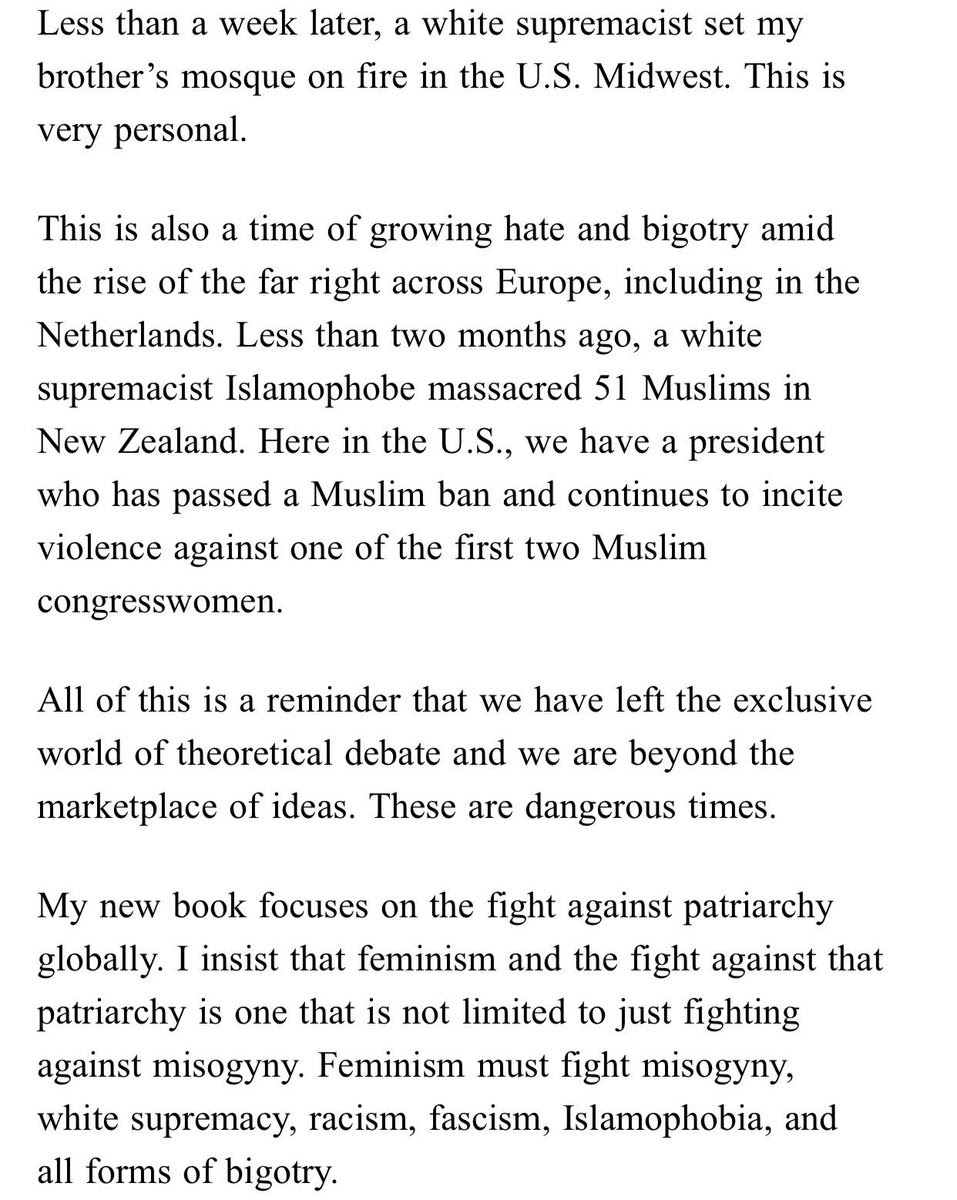 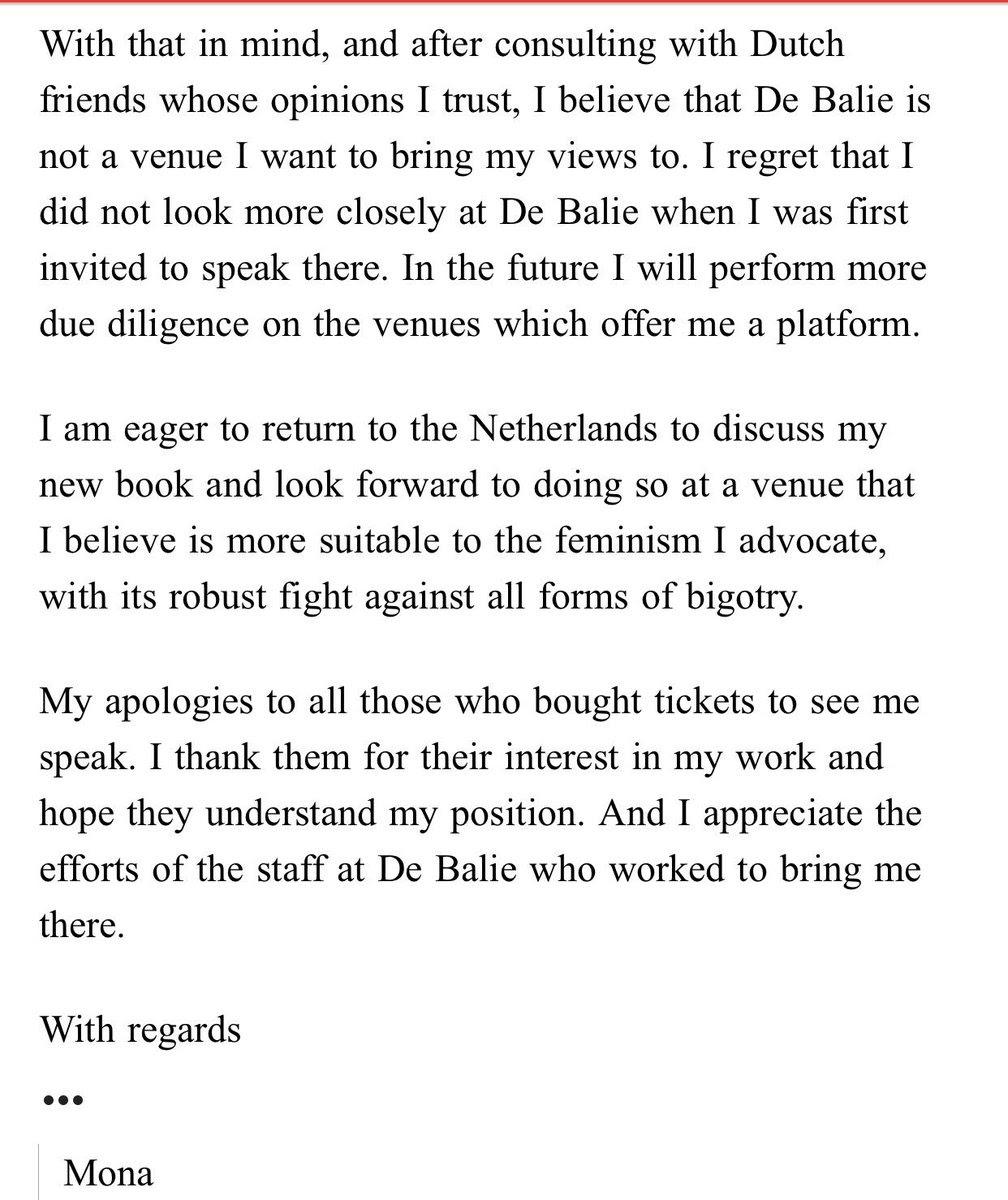 For those asking “Why cancel your appearance over one event”: 1. That “one event” was bad enough 2. That event inspired a closer look at the centre & what it represents 3. Only white people can play “free speech” & “debate all ideas” game. I am not white. This is not theoretical

12:37 PM – 22 Apr 2019
https://dearkitty1.wordpress.com/2019/04/22/egyptian-feminist-against-islamophobia/
https://www.astridessed.nl/egyptian-feminist-mona-eltahawy-fights-islamophobia-cancels-her-talk-in-the-islamophobic-debating-centre-de-balie-amsterdam/
EGYPTIAN FEMINIST MONA ELTAHAWY FIGHTS ISLAMOPHOBIA/
CANCELS HER TALK IN THE ISLAMOPHOBIC DEBATING CENTRE DE BALIE, AMSTERDAM
INTRODUCTION:
Dear Readers,
Hereby I share with you a Shout Out Letter to the Egyptian feminist Mona
Eltahawy for her cancelling of her talk in the debating centre De Balie in Amsterdam.
Background

END_OF_DOCUMENT_TOKEN_TO_BE_REPLACED 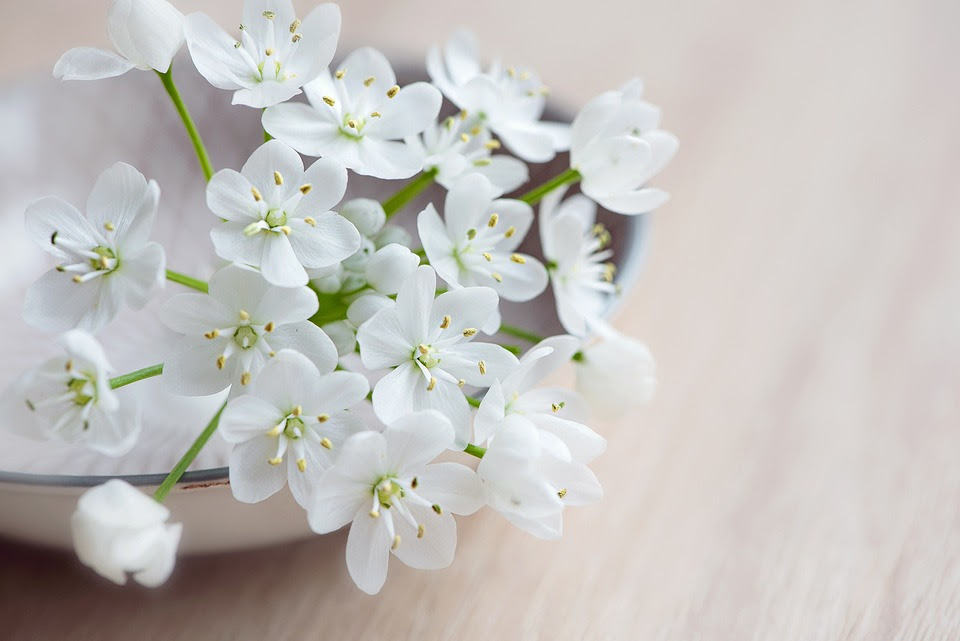 NEW ZEALAND ATTACKS AT MOSQUES IN CHRISTCHURCH/HORROR TERROR DEED/MY SINCERE SYMPATHY WITH THE VICTIMS AND
THEIR FAMILIES
Dear Readers
Sometimes the news totally overwhelms you.
Like this horrible news about a mass terror attack on two Mosques in
New Zealand, with at least 49 dead and many injured, including
little children.
One of the lowest deeds I can imagine.
Shooting in a House of God, at one of the most vulnerable and
holy moments of a human being.
In Prayer.
In Conversation with God.
The one, who has this on his conscience, has, as I learned, written
an about 87 page anti immigration and anti muslim Manifesto, published
it somewhere and also filmed his diabolical deed.
Horrible, horrible……
This evil deed can’t explained otherwise than in the light
of yearlong Islamophobic propaganda and some, who
now speak out their horror about this deed of terror are themselves
guilty of hate speech against Islam and immigrants.
From this place I sincerely offer my sympathy to the victims and
condolences to their families and the whole islamic community
in New Zealand.
I know, it is not so much too offer, but by writing this I
want to show my feelings of solidarity, sympathy and support and
point out, again, how alert we must be on the madness of
racism, discrimination, Islamophobia, anti semitism and
other forms of Evil.
We must continue to fight against Evil.
WE MUST SPEAK OUT!
Astrid Essed

http://www.theguardian.com/world/2012/dec/30/muhammad-cartoons-magazine-biography-prophet
In 2011, a special edition of Charlie Hebdo entitled Sharia Hebdo featured a cartoon of the prophet Muhammad on the cover as “guest-editor”, saying: “100lashes if you don’t die of laughter!
CARTOON OF THE PROPHET MOHAMMED
IN THE SOCALLED ”SHARIA EDITION” OF
CHARLIE HEBDO.
IT’S AN INSULT OF THE PROPHET MOHAMMED AS HOLY
FOR THE ISLAM AND STEREOTYPING OF THE ISLAM

RACISTIST IMAGE OF WOMEN, WHO ARE ABDUCTED
BY BOKO HARAM/SEE THE FAT LIPS, THE
VAMPIRE TEETH AND STRANGE GRIMACES
THE WAY BLACK PEOPLE WERE DEPICTED IN
THE 19TH CENTURY, TIME OF SLAVERY AND
RACIST THEORIES OF SUPERIORITY

THIS  INFERIOR CARICATURE OF JEWS IN THE NAZI
PROPAGANDA  PAPER ”DER STURMER” HAS RESEMBLANCES
WITH THE IMAGE OF THE WOMEN [ABOVE], AS THE DEPICTION
OF THE BLACK FRENCH MINISTER OF JUSTICE AS A MONKEY/
THE SAME HATESPEECH, THE SAME THEORY OF SUPERIORITY

People attend a rally to protest against satirical cartoons of prophet Mohammad, near the Heart of Chechnya mosque in Grozny, Chechnya January 19, 2015. (Reuters / Eduard Korniyenko)

I AM NOT CHARLIE/CONDEMNATION OF THE CHARLIE HEBDO ATTACKS/
NO SOLIDARITY WITH RACISM AND ISLAMOPHOBIA
”DON”T BE AFRAID. I WON’T KILL YOU.
YOU’RE A WOMAN”
Sigolène Vinson, one of the survivors of the Charlie Hebdo massacre, has given an account of how her life was spared
http://www.theguardian.com/world/2015/jan/14/charlie-hebdo-killings-survivor-story
Charlie Hebdo, a somewhat obscure magazine, [1] is suddenly is an
international star.
At wednesday 7 january, two masked gunmen killed ten members
of the Charlie Hebdo editorial staff and two police officers, during
an editorial meeting. [2]
Soon international political reactions burst out, from over the whole
world. [3]
The Dutch King Willem Alexander showed ”very shocked”, as the Dutch
prime minister Rutte [4] and the other heads of State.
Leitmotiv was the criminal act and, in various terms ”the attack
against freedom of expression, a precious fundamental freedom which we must continue to defend.” [5]
One of the few reactions, which looked farther, was the Indonesian,
which expressed, except a concdemnation  ” fear that Wednesday’s deadly shooting attack on the office of the French magazine, Charlie Hebdo, will harm Muslims around the world and hope the international community will be fair with this incident and not generalize it as part of Islam” [6]
Iran pointed out, that ” “making use of freedom of expression… to humiliate the monotheistic religions and their values and symbols is unacceptable.” [7]
And of course the Dutch extreme-right Europese political gangster,
PVV fuhrer G, Wilders [8], as other European racist scum, uttered
their hatespeech and war language against Islam and muslims. [9]
A ”Charlie Hausse” was created and millions in Europe
stood and shouted ”I am Charlie”
Cartoonists published more or less sordid cartoons [some
downright hatespeech] [10] and spontaneous ”I am Charlie”
demonstrations were held. [11]
This was only a prelude to the great Paris Charlie Hebdo March.
But there also were otherl sounds:
Morocco’s Foreign Minister Salahedinne Mezouar didn’t participate
with the Paris Charflie Hebdo March, because cartoons of the
Prophet Mohammed would be carried. [12]
The unity for Charlie Hebdo was not so broad as was
presented in de media:
An investigation of the Journal du Dimanche showed, that
four out of 10 French people think the magazine
Charlie Hebdo should not have published the Prophet
Mohammed cartoons because of the offense to muslims. [13]
A RIGHTFUL ”CHARLIE HAUSSE”?
OR IS THERE SOMETHING ROTTEN AT THE BOTTOM
OF ”CHARLIE”
Of course the killings of 12 people are never to be justified.
Understandable, thjat people want to show their grief and
solidarity.
But there is a big difference between showing your indignation
over a barbarous act and declaring solidarity with a magazine.
Because shouting ”Je suis Charlie” means identification
with the Charlie Hebd Magazine.
AND THAT’S THE POINT!
Because:
What is Charlie Hebdo and do they deserve solidarity?

END_OF_DOCUMENT_TOKEN_TO_BE_REPLACED

THE MONUMENT ”DE SCHREEUW” [THE SCREAM], IN
HONOUR OF THEO VAN GOGH

THEO VAN GOGH WAS NOT
ST JOAN OF ARC
THE NETHERLANDS MARKS THEO VAN GOGH
MURDER/AN ISLAMOPHOBE AND ANTISEMITE IS
NOT A SAINT
This year it is ten years ago, that filmmaker Theo
van Gogh was killed, which is commemorated on several
places like the scene of the murder, ”his” monument
”De Schreeuw” [The Scream] and a commemoration on TV.
His films were performed again in Eye [The Amsterdam Filmhouse],
lectures,  documentaries on television and so on.[1]
Was he then the Dutch St Joan, Jeanne d’Arc? [2]
Not at all.
Here stands a common provocateur, a man, who loved to humiliate
and insult others and above all, an Islamofobe and antisemite.
A man, who didn’t deserve any attention, let alone this
ridiculous canonization.
Let’s open the dirty chamber pot and try not to
vomit from the smell.