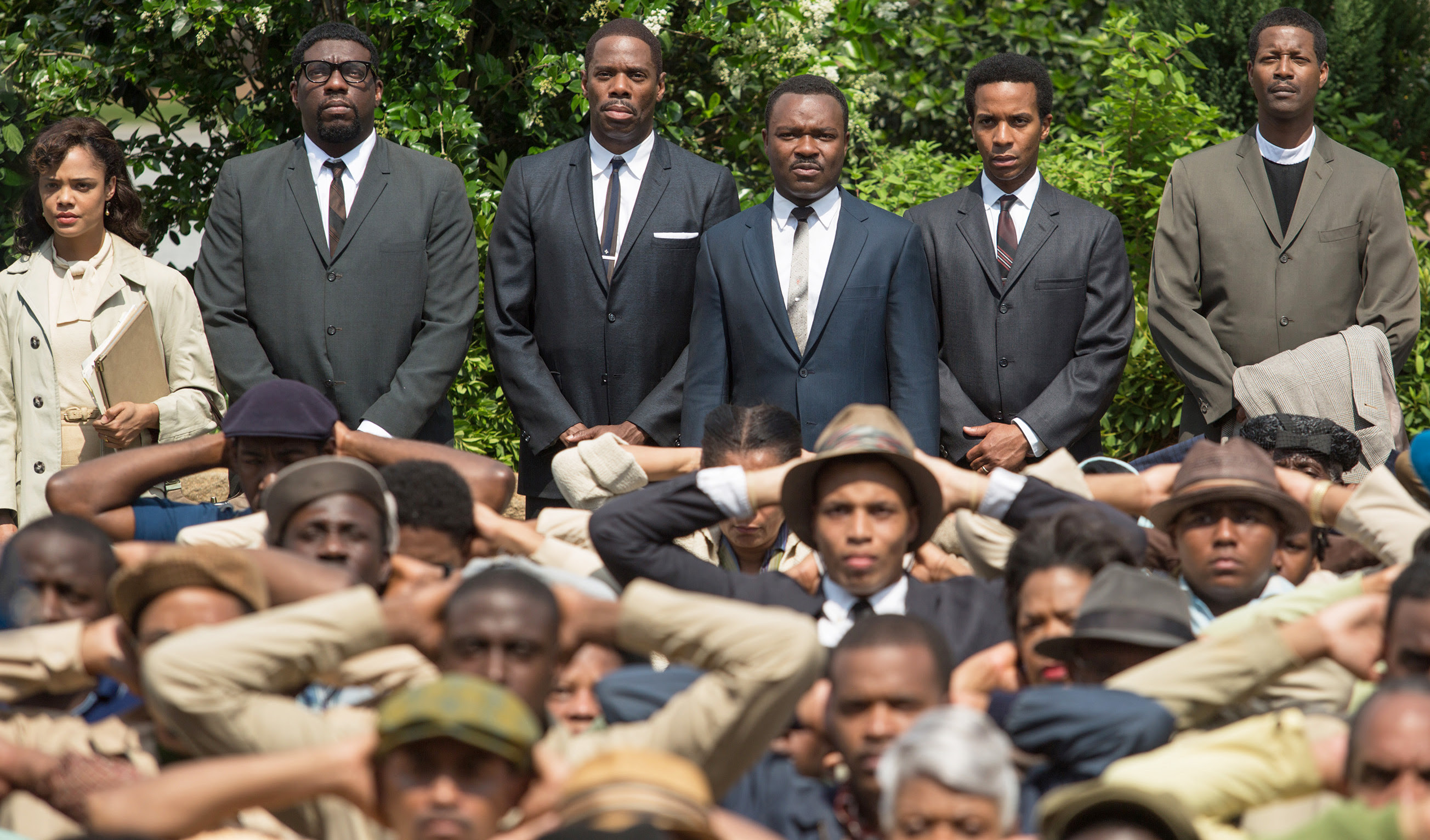 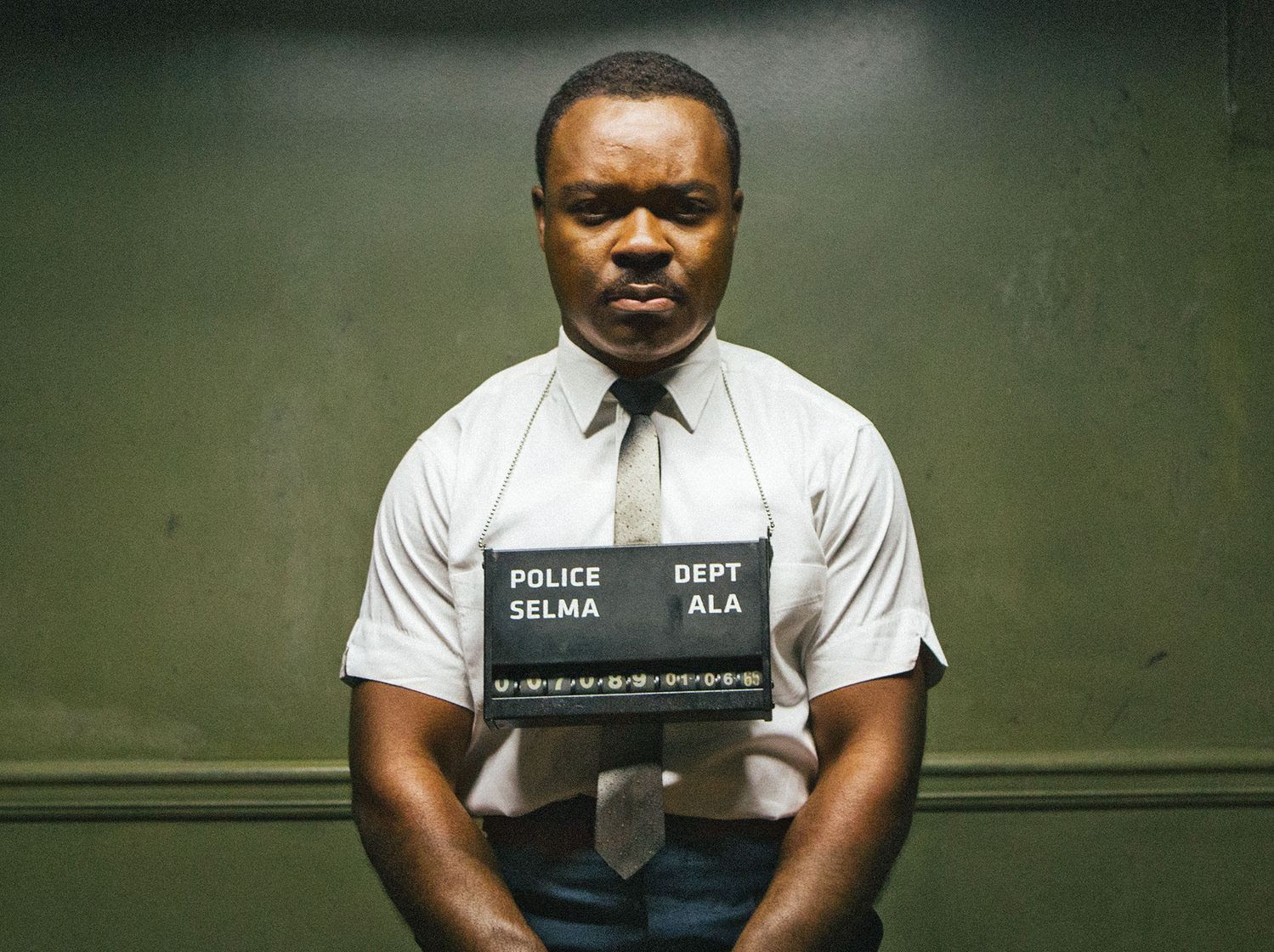 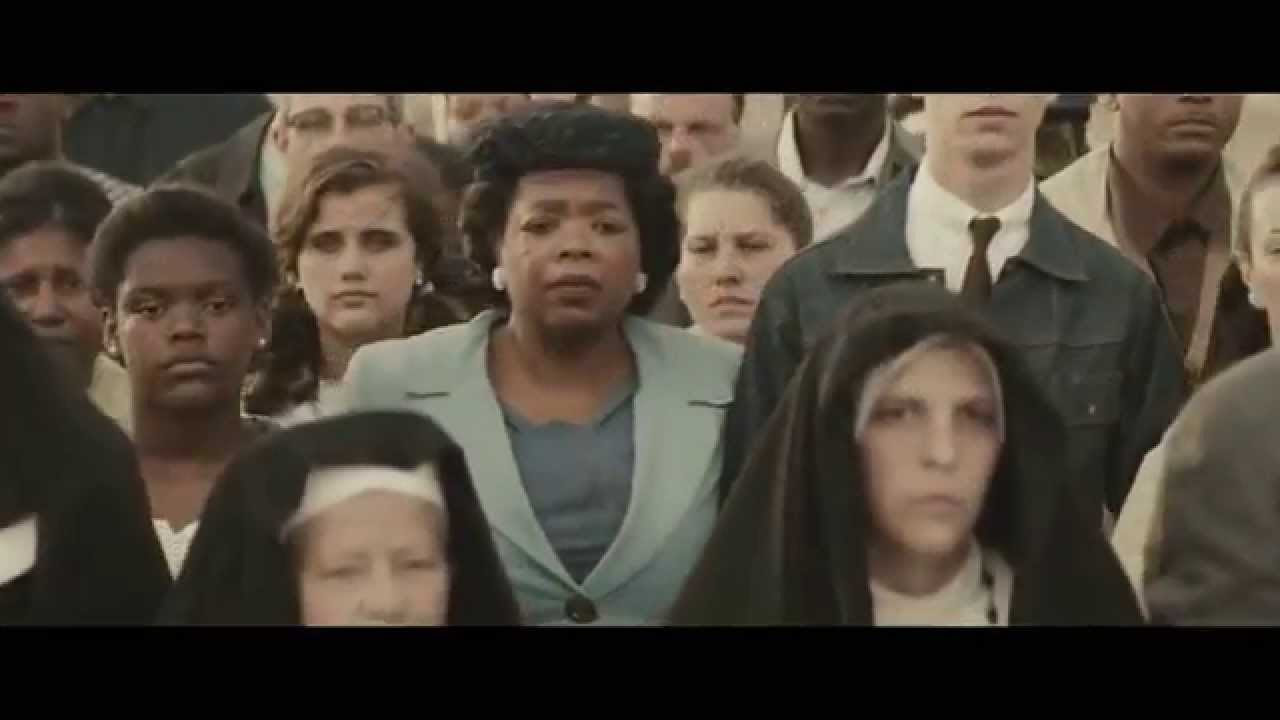 IMAGES FROM SELMA, THE FILM
https://en.wikipedia.org/wiki/Selma_(film) 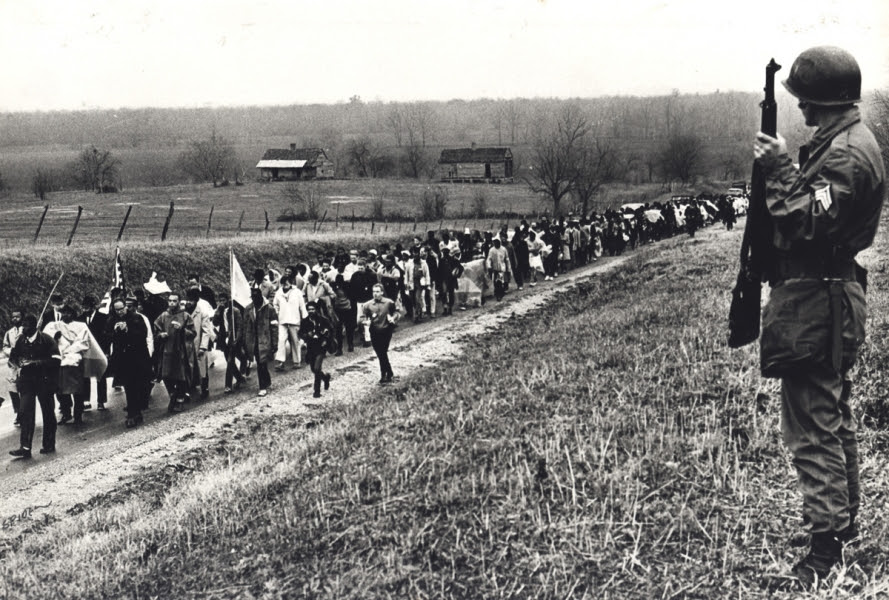 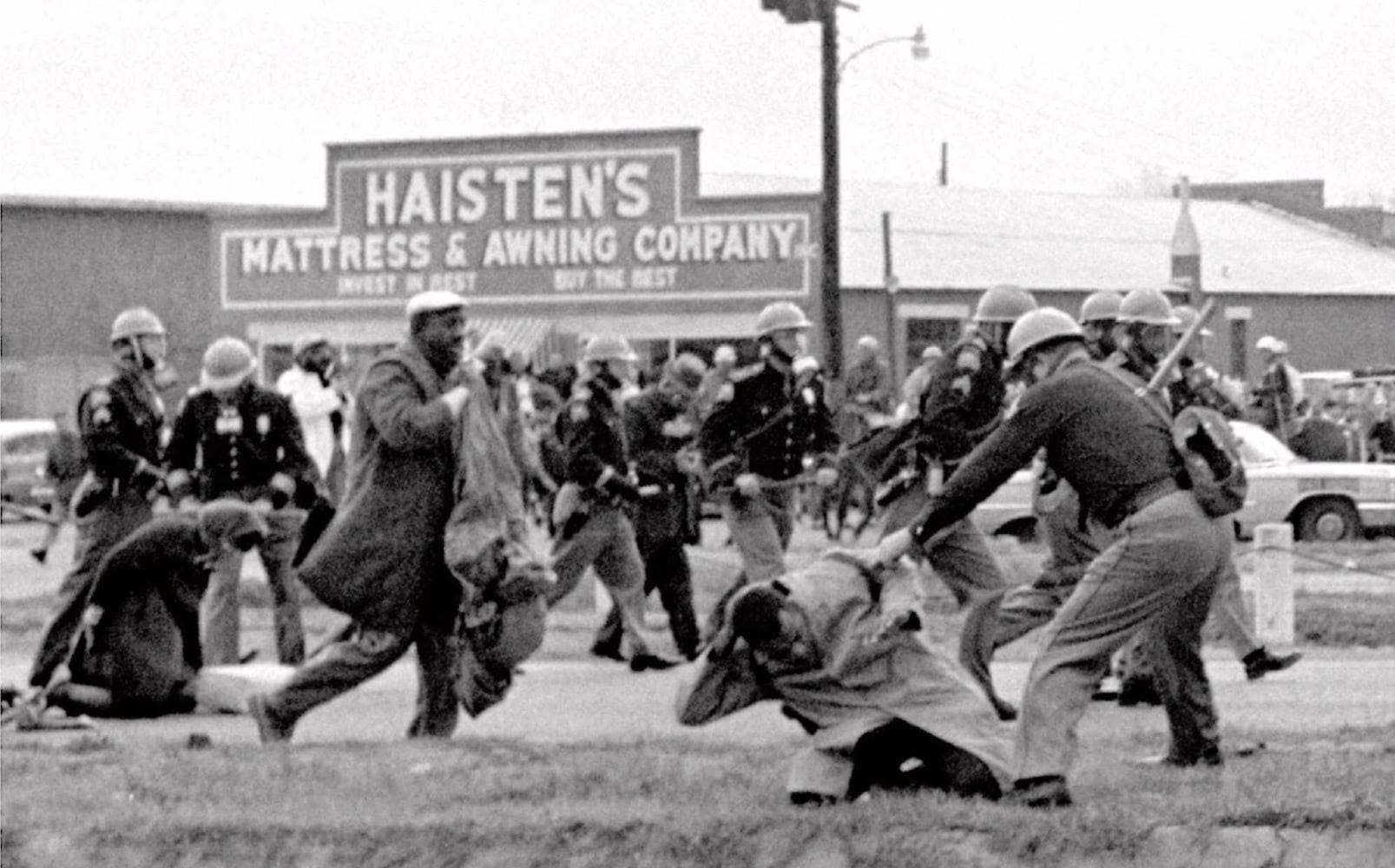 In this Saturday, Aug. 12, 2017 photo, DeAndre Harris, bottom is assaulted in a parking garage beside the Charlottesville police station after a white nationalist rally was disbursed by police, in Charlottesville, Va. (Zach D. Roberts via AP) 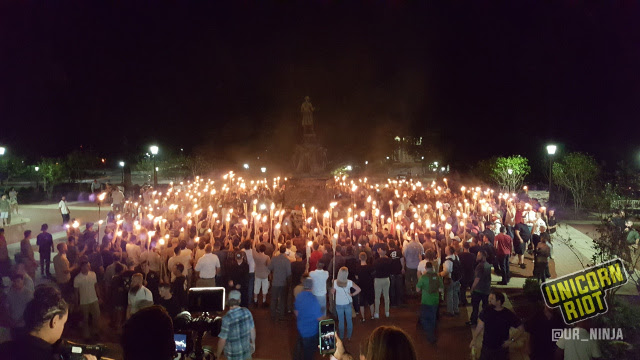 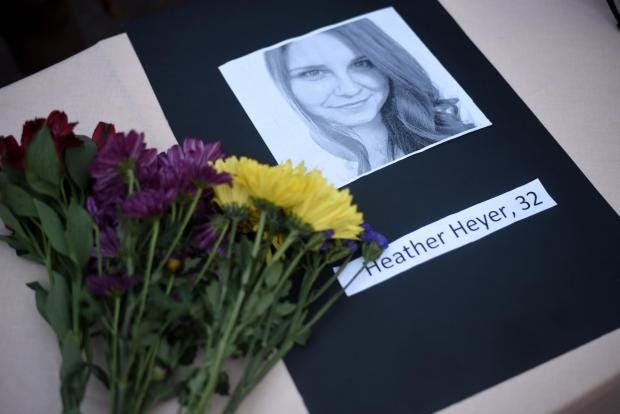 Congress shall make no law respecting an establishment of religion, or prohibiting the free exercise thereof; or abridging the freedom of speech, or of the press; or the right of the people peaceably to assemble, and to petition the Government for a redress of grievances.”

[27]
”A week after Reeb’s death, on Wednesday March 17, federal Judge Johnson ruled in favor of the protesters, saying their First Amendment right to march in protest could not be abridged by the state of Alabama:

The law is clear that the right to petition one’s government for the redress of grievances may be exercised in large groups . … These rights may … be exercised by marching, even along public highways”

[28]
”On the morning of March 24, the march crossed into Montgomery County and the highway widened again to four lanes. All day as the march approached the city, additional marchers were ferried by bus and car to join the line. By evening, several thousand marchers had reached the final campsite at the City of St. Jude, a complex on the outskirts of Montgomery.”
WIKIPEDIA
SELMA TO MONTGOMERY MARCHES/MARCH TO MONTGOMERY
https://en.wikipedia.org/wiki/ Selma_to_Montgomery_marches#Ma rch_to_Montgomery

LOS ANGELES TIMES
TRUMP: RACISM IS EVIL…INCLUDING THE KKK, NEO NAZI’S AND
WHITE SUPREMACISTS
14 AUGUST 2017
http://www.latimes.com/ politics/washington/la-na- essential-washington-updates- trump-racism-is-evil- including-1502729266- htmlstory.html
[77]
THE NEW REPUBLIC
TRUMP’S RACISM AND THE MYTH OF ”CULTURAL MARXISM”
15 AUGUST 2017
https://newrepublic.com/ article/144317/trumps-racism- myth-cultural-marxism
THE GUARDIAN VIEW ON DONALD TRUMP AND RACISM: A MORAL
FAILURE THAT SHAMES AMERICA
https://www.theguardian.com/ us-news/commentisfree/2017/ aug/13/the-guardian-view-on- donald-trump-and-racism-a- moral-failure-that-shames- america
THE INTERCEPT
DONALD TRUMP HAS BEEN A RACIST ALL HIS LIFE-AND HE IS NOT
GOING TO CHANGE AFTER CHARLOTTESVILLE
MEHDI HASAN
15 AUGUST 2017
https://theintercept.com/2017/ 08/15/donald-trump-has-been-a- racist-all-his-life-and-he- isnt-going-to-change-after- charlottesville/
[78]
ITSGOING DOWN
”THERE WILL BE A BEFORE AND AFTER CHARLOTTESVILLE”:
SOME THOUGHTS
13 AUGUST 2017
https://itsgoingdown.org/will- charlottesville-notes/
[79]