HUNDREDS OF REFUGEES LEFT TO DIE IN THE TUNISIAN DESERT

Hundreds of Refugees left to die in the Tunisian desert

Nieuws, gepost door: All Included op 27/09/2013 09:01:01
Wanneer: 27/09/2013 – 15:44
Press release of the network “Choucha Protest Solidarity”
Choucha Refugee Camp at the Tunisian-Libyan border, hosting refugees fleeing the war in Libya, was officially closed on 30.06.2013. The eviction of the hundreds of remaining refugees is due to be carried out in the coming weeks. 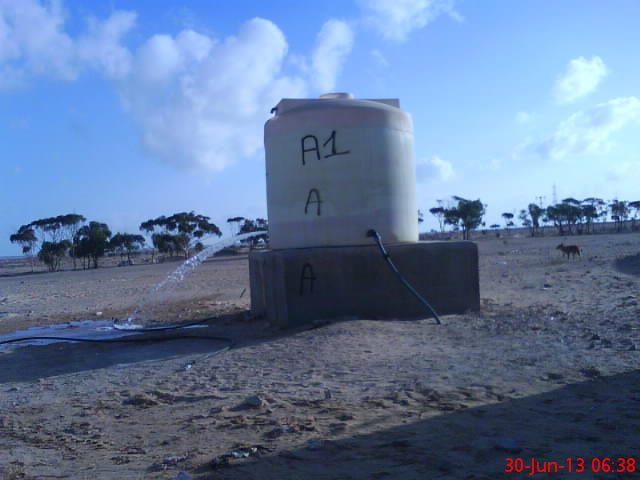 Hundreds of Refugees left to die in the Tunisian desert

Choucha Refugee Camp at the Tunisian-Libyan border, hosting refugees fleeing the war in Libya, was officially closed on 30.06.2013. The eviction of the hundreds of remaining refugees is due to be carried out in the coming weeks.

Members of the network “Choucha Protest Solidarity” visited the Choucha refugee camp at the end of August 2013. There are still around 400 refugees – according to IOM and UNHCR, 262 rejected asylum seekers and 135 recognized refugees who do not have access to the previously closed resettlement program – living in extremely hard conditions, among them families, children and ill people. Access to food, water, medical care and electricity has been cut off by UNHCR, who was managing the camp. Refugees are now desperately trying to stop passing cars, begging for food and water. The camp looks like a battlefield, as most of the facilities have been destroyed by the NGOs before the camp closure and tents are being torn into pieces by strong desert wind. In order to earn some money, people are trying to work as daily workers in the nearby city of Ben Guerdane, although these jobs are miserably paid and the competition with Tunisian workers is very high. Without the assistance of the NGOs, the remaining refugees are not only left alone with all sorts of problems and deprived from any perspective for a normal life, but also feel insecure in the deserted border region.

Holding out in Choucha camp, the refugees are demanding that the UNHCR find durable solutions in countries with effective asylum systems for all of them , because “local integration” in Tunisia, offered by UNHCR, does not work. Rejected asylum seekers accuse UNHCR of grave mistakes in their procedures, which lead to their rejection. Since they cannot return to their home countries, this group has no other choice than to stay in the camp – indicating that it is the UNHCRs responsibility to reopen their cases and find durable solutions for them, too.

But instead of responding to the demands of the refugees, the situation seems to be getting worse. At the end of August, the senior officer of the UNHCR office in Zarzis announced that the camp is due to be completely closed because the Tunisian government needs the territory. In case of an eviction the refugees fear violence from the military as in May 2011, when soldiers opened fire on them. This could be followed by deportation of rejected asylum seekers among the remaining refugees in the camp.

Both the rejected and the recognized refugees have been offered resident permits for Tunisia, although this information has not been passed to every single person in the camp and some of the refugees are still without information. Both the programme for rejected asylum seekers and accepted refugees have been announced without a clear legal framework. Until now it is not clear when and if the resident permits will be actually issued and whether they will effectively stop police harassment and deportations.

Furthermore, locally integrated refugees do not have the right to family reunion. Promised services such as assistance in daily life and free accommodation have not materialized, so that refugees have to find, and pay for, their rooms from the little money that they receive. In addition, it is said that the financial assistance will be stopped in the coming months. These are some of the reasons why most of the refugees and rejected asylum seekers are rejecting the pretended offer of local integration in Tunisia. Desperately seeking a better life, some of them signed up for local integration, but have taken the money from UNHCR to pay for the clandestine passage on boats across the Mediterranean, putting their lives in d anger. Others have been carrying out a sit-in in front of the UNHCR offices in Tunis since Marc h 26th 2013 which is still continuing in protest against local integration. They respond to the offer of local integration with the demand for resettlement for every remaining person.

The situation in Tunisia remains unstable. Politically motivated murders and the lack of economic development is mixed with distrust and dissatisfaction towards the government and has lead to a lack of security for Tunisians, even more so for foreigners, who in addition, face daily experience of racism.
Political elites have failed to reach consensus over a constitution and even less so a set of laws for refugee protection. Therefore, local integration for refugees and asylum seekers cannot be considered a durable solution as UNHCR tries to portray.

On September 5th, a delegation of the network “Choucha Protest Solidarity” together with the protesting refugees in Tunis held meetings with the UNHCR and the EU delegation in Tunis, in order to discuss possible solutions for the remaining refugees. Meanwhile, a protest in front of the EU delegation was held.
According to UNHCR, most resettled refugees from Choucha have been taken by the United States (1,717) and Norway (485). The EU has granted little resettle ment. Germany took – because of pressure from human rights and refugee organizations – the most refugees at 201, Britain took three, Italy two and France one.

We demand from the EU governments that they assume their responsibility following the war in Libya and accept the remaining refugees and asylum seekers from Choucha! Refugee protection must be more important than the political interest in externalizing EU borders!

Information and a video from August 2013: http://la.terre.est.pour.tous.over-blog.com/
Further information: http://chouchaprotest.noblogs.org/
Information from the accepted refugees protesting in front of the UNHCR in Tunis:
https://www.facebook.com/refugees.shousha