WITH HIS AGREEMENT WITH THE EU DIRTY DEAL WITH
GREECE, TSIPRAS HAS BETRAYED THE OXI VOICES

COURAGEOUS FIGHT OF THE GREEK PEOPLE AGAINST THE
CRIMINAL EU AUSTERITY POLICY
WITH THE DIRTY EU DEAL, TSIPRAS HAS BETRAYED
THIS FIGHT 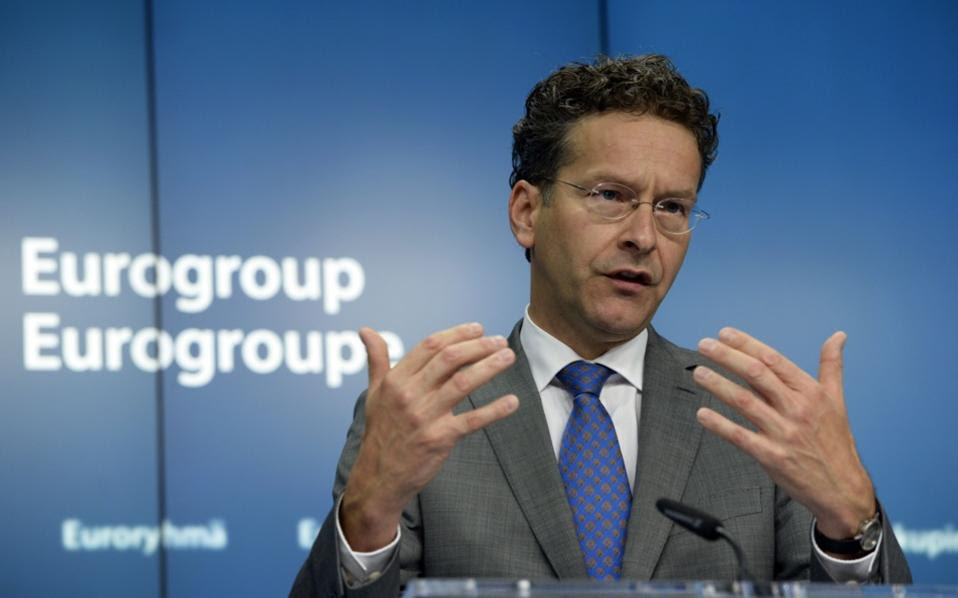 MERKEL, THE PERSONIFICATION OF THE GREEK MISERY, TSIPRAS
ONE OF HER ”NEW ALLIES”, WHO SOLD HIS OWN
PEOPLE OFF
AGREEMENT WITH GREECE/REACTION ON ARTICLE JEFFREY
FRANKEL
The die has been cast.
Prime minister Tsipras, the Syriza leader, who would
end EU austerity meaures or at least would diminish
the effect, has capitulated shamelessly and made way for
the most extreme and hardest Trojka/EU deal with Greece ever.
Further cutting down of pensions
13 percent VAT on elementary provisions [food,
energy etc] extremely high, comparing with 6 percent VAT on elementary
provisions in a relative wealthy country like the Netherlands
Freezing the collective labour agreements and violating
the right on strike.
AND WORSE, VIOLATING THE GREEK SOVEREIGNTY:
Every ”relevant” draft legislation must be seen by the Trojka, before
going to parliament.
How is it possible any government would agree with a measure,
reducing its country to a colony!
Tsipras does.
There is no justification for this and it makes him betray the
ideal of OXI and his own election promises!
See also
http://www.astridessed.nl/eu-deal-with-greececapitulation-tsiprasbetrayal-of-oxi-ideal/
and the EU deal of the Devil
http://news.bbc.co.uk/2/shared/bsp/hi/pdfs/13_07_15eurosummit.pdf
And see underlying my reaction on the article of Jeffrey Frankel,
who, ignoring the humanitarian disaster in Greece, holds a plea
for the embracing of Tsipras of the EU deal for Greece, thinking
on this way he can ”serve his country well”
I oppose this strongly, socially as well economically, and have posted
a comment on Project Syndicate, where this article has been published.
See underlying:
Astrid Essed
Amsterdam
The Netherlands
IS TSIPRAS THE NEW LULA?
JEFFREY FRANKEL
17 JULY 2015
http://www.project-syndicate.org/commentary/kim-dae-jung-lula-da-tsipras-by-jeffrey-frankel-2015-07
ASTRID ESSED JUL 21, 2015

EU DEAL WITH GREECE/CRIME TO THE GREEK PEOPLE
To begin with the last sentence of the article:
Tsipras did NOT serve his country well, because he accepted
the EU deal from hell, strangling the Greek people still
more than the former ”deals” This is the reality:
The EU deal [Agreekment] includes: 13 percent VAT on elementary
supplies, against 6 percent in a relatively rich country like the
Netherlands, further cutting in pensions, which were already brought to half:
Selling out of Greek State assets, which will not benefit the State or people
[the supposed 50 miljard revenue will go half to the Greek banks, a quarter
to the creditors and only a quarter to the Greek State], freezing of the
collective labour agreements, chaining of the right to strike and a severe
violation of Greek sovereignty [all ”relevant” draft legislation must be shown
and approved by the Trojka before going to parliament], which reduces
Greece to a colony. And what did the former EU/Trojka austerity measures
to Greece before? Low wages, cutting of pensions, one third of the
population unemployed, bad entrance to [expensive] medicines, an increase
of suicides, children fainting in the schools. A collective punishment
for poor people, who did not cause the crisis, but pay the price!
The crisis, which is caused by the irresponsibility of banks like
Goldman and Sachs, the corruption of Greek governments and the
Greek elite, which barely pays taxes! And by the way: The EU,
especially Germany profited from Greece in the past, they knew from
the Greek corruption, but said nothing before…..
Anyway:
The only real service Tsipras should have done to his people
were to respect OXI and NOT consent to this deal of the Devil.
Grexit?
Better than this damaging, humiliating deal, which destroys
the Greek people in each case.
Grexit would be hard, but Greece probably would recover
after a couple of years and in each case should have taken
their fate in their own hands.
And Grexit will eventually happen anyway,that”s inevitable,
with the monstrous EU financial demands.
With it’s fate in it’s own hands, Greece can turn to other
countries like Russia and China, with their own interests
to provide Greece.

And Greece will show an example for other Trojka suffering countries
like Spain and Portugal to liberate itself from EU/German imperialism
and go their own way.
http://www.astridessed.nl/eu-deal-with-greececapitulation-tsiprasbetrayal-of-oxi-ideal/
Greek people, fight!
ELEUTHERIA OU THANATOS
Astrid Essed/Amsterdam/The Netherlands