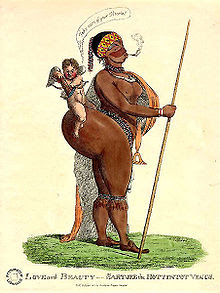 A caricature of Baartman drawn in the early 19th century 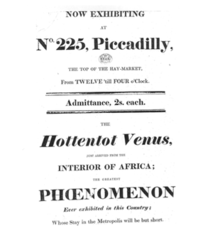 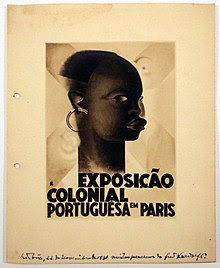 COLONIAL EXHIBITION PARIS, 1931
COLONIAL EXHIBITIONS IN THE OLD DAYS….
https://en.wikipedia.org/wiki/Paris_Colonial_Exposition
AND LOOK!
NEO COLONIAL SHOW OFFS OF BLACK PEOPLE
IN 2018!, AS THE SHOW OFF OF ”SHRUNKEN HEADS”
SO DEHUMANIZING…..BAH!!!!!!! 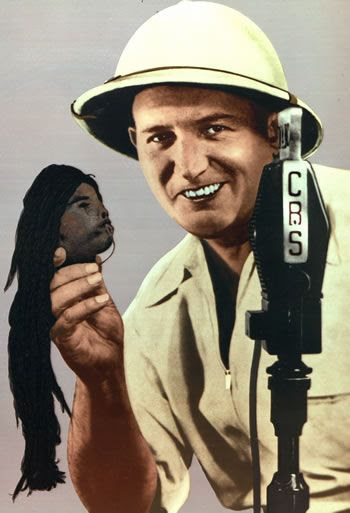 350 × 513Images may be subject to copyright
https://www.ripleys.com/amster dam/ 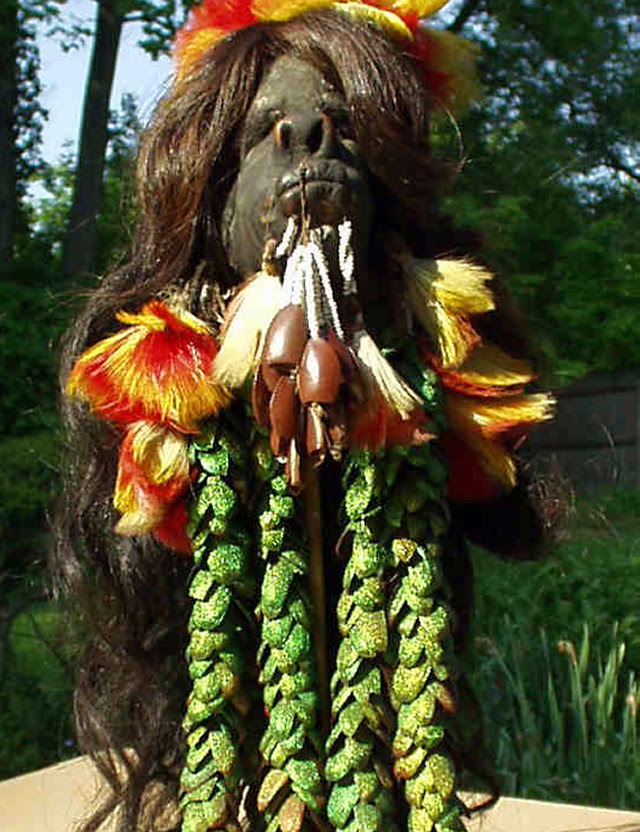 https://www.youtube.com/watch? v=VVnpJzZa1Aw
https://www.youtube.com/watch?v=FEIdHRAlJbk&t=101s
COLONIAL EXHIBITION IN 2018!!!!!!!
https://www.astridessed.nl/ripleys-believe-it-or-not-musea-are-racist-letter-to-ripleys-believe-it-or-not-amsterdam/
RIPLEY’S BELIEVE IT OR NOT MUSEA ARE RACIST!/LETTER
TO RIPLEY’S  ”BELIEVE IT OR NOT” AMSTERDAM
RIPLEY’S MUSEUM
”BELIEVE IT OR NOT”
AMSTERDAM
TO THE BOARD OF DIRECTORS AND
MANAGEMENT
Subject:
Your total lack of respect for non-western
people
Dear Directors and Management,
Sitting at a station at saturday 28th of april I could NOT
believe my eyes, seeing a billboard with a man in a
colonial sun helmet, holding
a shrunken head in his hand,, apparently from some non-western human
being.
When I looked further I saw an image of a native American man
[or woman, that was not visible] with an abnormal long neck
[obviously fotoshopped for fun!] with a fabricated African necklace
on the abnormal neck,
playing a guitar, that ended in a sort of animal with two heads.
On her/his head he [or she] wore a sort of headdress, consisting
of all non-western cultural symbols in the world [feathers, woollen balls, etc]
It was as if I were transmitted into the 19 century colonial times, the times
of the colonial exhibitions about ”primitive people” [1]
Because after a further investigation I learnt that the billboard was
a reclame for your Ripley’s Museum Amsterdam! [2]
The ”Ripley musea” seem
to be a worldwide epidemia [another word I can’t find
for it], since there are a lot of musea in the USA [I will write
to them too, don’t you worry!], in Asia and Europe, as in Denmark, Great
Britain and here in the Netherlands, Amsterdam! [3]
And you, Ripley’s Museum, Amsterdam, I take by the head firstly!
Listen further!
RIPLEY MUSEA/DISRESPECTFUL AND RACIST!
It strikes me, that the whole concept of the musea is utterly
disrespectful against non western cultures and people!
You will argue, perhaps, that your Ripley Museum Amsterdam,
which I am targetting here, harbours
all sorts of ”oddities” and ”fun stuff”, which has nothing to do with non
western culture whatsoever!
That’s true, viewing the ”attractions” that are showed in the
museum! [4]
But precisely that is the insulting thing, since it is not the issue,
that shrunken heads don’t exist as a sort of ritual by some
people [actually they are] [5], but the fact that your
museum places ”funny stuffs” besides shrunken heads and
other non western cultural symbols and even besides
images  from non-western people in their traditional
dressing!
Thus:
Placing non-western cultural symbols, as images of traditional
non-western people together with ”fun stuffs”, is RACIST and

SHAME TO YOU
SHAME TO ALL BOARDS OF DIRECTORS AND MANAGERS
OF THE WORLDWIDE RIPLEY MUSEA!!
RIPLEY MUSEA/ORIGINS
Of course I know, that the whole concept of Ripley Musea [6] is originated
from the ideas of a man, named Robert Ripley [7], an amateur anthropologist
, who has created the ”Ripley’s Believe it or Not” newspaper,
panel series, radio show, and television show which feature odd facts from around the world  [8]
And his concept, view of the world, was racist! [9]
Now I can easily forgive Robert Ripley, who, being born in 1890, got
probably a racist concept as poison in his youth porridge and was a child
of his [racist] times.
But nowadays, IN THE 21TH CENTURY, 2018, Ripley’s Musea have
no excuses for displaying shrunken heads which people
actually can touch, and dispaying non-western people in
their traditional [or fantasy] clothes.
Just for…..FUN……..
EPILOGUE
I write you this letter to show you my indignation, that in the very 21st
century, after the end of apartheid and the racist Jim Crow South
of the USA, as the end of colonialism, there are musea, which
resemble racist and colonialist exhibitions [10], displaying
non-western traditions and people as ”funny stuffs”
Your museum is one of the examples.
SHAME, SHAME, SHAME TO YOU!
I don’t know how much protests there were against the Ripley
”Believe it or Not” Musea, but at least I raise my voice against it
and I will make sure, that others hear about this!
However, I ask, no DEMAND from you, not to close your
museum, but that you remove the insulting images of
shrunken heads and the displaying of non-western
people in traditional clothing, from your
collection.
That you have a collection of funny stuff:
FINE
But NOT including non-western traditions and people!
BUT NON WESTERN TRADITIONS ARE NOT FUNNY,
BUT CULTURAL CUSTOMS!
NON WESTERN PEOPLE ARE NOT ”FUNNY”, BUT HUMAN
BEINGS!
If you continue to expose this racist stuff, you will bear the
consequences and will be known as RACIST, INSULTING
AND NEO COLONIAL!
Make the right choice and wake up in the 21th century!
Thanks for reading this letter.
Kind greetings
Astrid Essed
Amsterdam
NOTES
[1]
WIKIPEDIA
INTERNATIONAL COLONIAL AND EXPORT EHIBITION
https://en.wikipedia.org/wiki/ International_Colonial_and_Exp ort_Exhibition
WIKIPEDIA
COLONIAL EXHIBITION