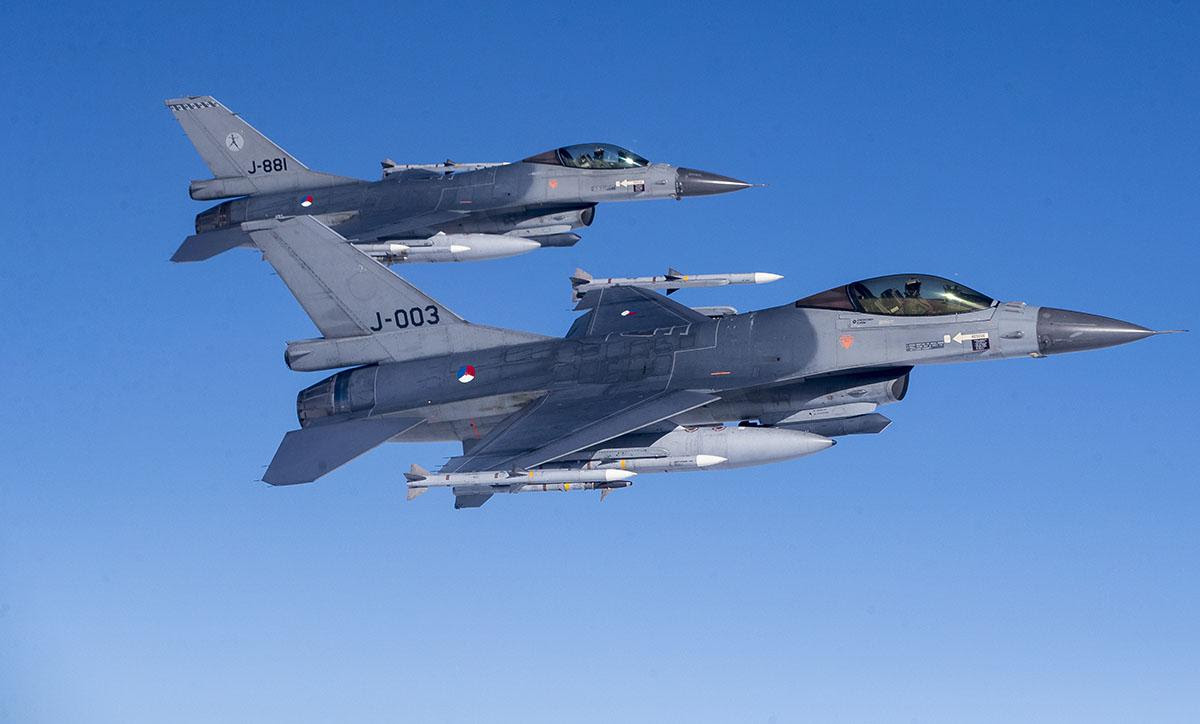 SEE CONTACT MAILADRES OF THE INTERNATIONAL CRIMINAL COURT FOR PEOPLE WHO WANT TO WRITE THEM
asp@icc-cpi.int
WEBSITE

THE LETTER TO THE INTERNATIONAL CRIMINAL COURT:

Subject:Request for an investigation after possible Dutch warcrimes in Iraq and the possibility of the prosecution of members of the Dutch government, if warcrimes have been confirmed.
Dear Sirs

Although Covid 19 rages around the world like a roaring lion, it is of the utmost importance to remain focussed on the wrongs in the world, as you’ll know better than me.Today I take the liberty to ask your attention for the following, namely:something of the utmost importance, namelyReal or alleged Dutch warcrimes in Iraq, committed in june 2015
In my view, you should investigate
A
Whether we can speak of warcrimes according to the Rome Statute [1] on which your authority is based
B
It is possible for you to prosecute the Dutch government [government Rutte II][2] or members of that government?

Within the context of the Dutch participation in the military intervention against ISIL [called IS or ISIS in the Netherlands] [3], Dutch F’16s launched an airstrikein june 2015, targetting a factory in which ISIS was reportedly manufactering improvised explosive devices. [4]The factory was located in the Iraqi town Hawija.Horrible result:70 civilians were killed. [5]
Not only the Dutch government was silent to the parliament about this deadly airstrike untill two newspapers revealed it , which led to the admittance by the government: [6], the Dutch ”justification” of what went wrong, I found very weird:Defence minister [not the minister, who was responsible for the attack, but her successor] Ank Bijleveld said the intelligence before the strike had indicated that “there were no civilians in the immediate vicinity of the target” [7]
The most strangest thing, because the factory was located in a town with about 100 000 inhabitants, Hawija. [8]
Besides, according to the NOS article [do you read Dutch?] ”In Hawija is niemand de Nederlandse bomaanval vergeten” [9] [Translated in English: In Hawija no one has forgotten the Dutch bombattack], where Dutch journalists interview people from Hawija, Hawija inhabitants confirmed, that the real/alleged IS factory was located in the middle of a neighbourhood.I quote [In Dutch]:”Midden in de wijk stond ooit een grote opslagloods van de gemeente. Die was het doelwit van de coalitie. De loods was door terreurgroep IS in gebruik genomen om munitie in op te slaan” [10]Translated in English:”In the middle of the neighbourhood once was a great storage shed of the municipality. That was the target of the coalition. The storage shed was used by ISIL to store munitions”
If that is true, then Dutch intelligence whether must have known this [IS target located in a neighbourhood] and yet have taken the risk, or investigated the location superficially, not fully regarding the safety of civilians.
And according to International Humanitarian Law, the protection of civilians times of war is essential, as you know better than me. [11]
But there is more:
I am not a military expert, but when an attack is launched on a target, which is reportedly manufacting explosive devices and one knows that the target is located in or nearby a city, one can estimate that when the explosives are hit, they are scattered widely into the environment! With all risks for civilians, unless they are exploded in the desert. And the Dutch military knew that the factory was located in the Hawija town!
Again, they took a great risk with human lives and that is, in my view, unacceptable!
WARCRIMES ACCORDING TO THE ROME STATUTE
YOUR MISSION
I know it is your mission to investigate, if military actions can be defined as warcrimes according to the Rome Statute and other human rights treaties.Reading the conditions under which you operate I’ve learned, that you may exercise jurisdiction under a situation where genocide, crimes against humanity or warcrimes are committed on or after 1 july 2002 [12], which, concerning the alleged Dutch committed warcrimes, is the case here [june 2015]Further, the crimes must be committed by a State national, or in the territory of a State Party or in a State that has accepted the jurisdiction of the Court. [13]As you know, the Netherlands has signed and accepted the Rome Statute [14] and so acknowledged the jurisdiction of the Court.
An other conditon for your jurisdiction is the complementarityI read on your website:”The ICC is intended to complement, not to replace, national criminal systems; it prosecutes cases only when States do not are unwilling or unable to do so genuinely.” [15]
And, dear Sirs, that’s exactly the case in the Netherlands concerning the  Dutch F’16 airstrike on the IS facory in Hawija, since the Dutch Public Prosecution Service. although it investigated the bomb attack on Hawija, saw no reason for a follow-up investigation. [16]

EPILOGUE
Dear Sirs, I have submitted the case of the Dutch F 16 bomb attack on the IS factory in Hawija, in which 70 civilians lost their lives and I am of the opinion, that you should investigate whether warcrimes have been committed according to the definition in the Rome Statute and whether you are willing to prosecute either members of the cabinet Rutte II [under which the bomb attack took place], or the pilot involved, or perhaps both or other parties.
Civilians are so vulnerable in a war and should be protected, as International Humanitarian Law says. [17]I think that in this case, where the attack was executed on a factory in a crowded neigbourhood, there is reason for your Court to prosecute those who are responsible.
The dead will not come back, but Justice will be done.That’s my opinion and I sincerely hope that you have a case here.
Thank you for reading this letter and much success with your work
Stay healthy, in those terrifying days of Corona.

”A Dutch F-16 jet serving with the US-led coalition in Iraq killed about 70 people – Islamic State (IS) militants and civilians – in an air strike in 2015, the Dutch defence ministry says.”

IS CONFLICT: DUTCH AIRSTRIKE KILLED ABOUT 70 PEOPLE IN IRAQ IN 2015

”Recent news reports have exposed Dutch involvement in an airstrike in Iraq in June 2015 that killed at least 70 civilians, with the Minister of Defense finally admitting on November 5, 2019 that the ministry had known about the deaths after years of denial.

Two Dutch news outlets, NRC and NOS, reported on October 18 that a Dutch F-16 pilot staged the attack on the town of Hawija, 20 kilometers southeast of Mosul, which ISIS had captured in June 2014. At the time, the Netherlands were part of a coalition conducting operations against the Islamic State (ISIS) in Iraq and Syria.”

Netherlands Remained Silent Over Role in 2015 Airstrike For Four Years

Defence Minister Anna Bijleveld said “the relationship between perished [IS] fighters and civilian casualties could not be determined afterwards”.

She said the intelligence before the strike had indicated that “there were no civilians in the immediate vicinity of the target”.

IS CONFLICT: DUTCH AIRSTRIKE KILLED ABOUT 70 PEOPLE IN IRAQ IN 2015

”Hawija (Arabic: الحويجة, Al-Ḥawīja‎) is the centre of Al-Hawija District in the Kirkuk province of Iraq, 45 km west of Kirkuk, and north of Baghdad. The town has a population of about 100,000 inhabitants.”

lives and their moral and physical integrity. They shall in all circumstances be protected and treated humanely

without any adverse distinction.

Attacks shall be directed solely against military objectives.

The Court may exercise jurisdiction in a situation where genocide, crimes against humanity or war crimes were committed on or after 1 July 2002

The Court may exercise jurisdiction in a situation where genocide, crimes against humanity or war crimes were committed on or after 1 July 2002 and:

The ICC is intended to complement, not to replace, national criminal systems; it prosecutes cases only when States do not are unwilling or unable to do so genuinely.

The public prosecution service has independently decided to investigate four cases,included  three cases that were investigated by the ministry of Defence over which your Parliament has been informed confidently and publicly.As has  been shared with your Parliament, the cabinet finds it very important to share open and transparent communication, even when the news is bad.This is also explicitly the case, in the exceptional cases when there are possible civilian victims due to Dutch military operations.That’s why the cabinet finds it very important to inform your Parliament about those specific cases.In general, the consideration between transparency and national security is leading.The  public prosecution service has investigated the following four cases and saw no reason for a follow-up investigation”
STATEMENT TO THE PARLIAMENT ABOUT THE BOMB ATTACK ON HAWIJA AND THE DEVELOPMENTS CONCERNING THE ANTI ISIS COALITION
http://content1b.omroep.nl/urishieldv2/l27m677e797b0a39d024005e63ac48000000.df389e427806cc57454a8a856b1f7358/nos/docs/181019_kamerbrief.pdf

The seven fundamental rules which are the basis of the Geneva Conventions and the Additional Protocols.

lives and their moral and physical integrity. They shall in all circumstances be protected and treated humanely

without any adverse distinction.

2 – It is forbidden to kill or injure an enemy who surrenders or who is hors de combat .

3 – The wounded and sick shall be collected and cared for by the party to the conflict which has them in its power.

cross or the red crescent is the sign of such protection and must be respected.

4 – Captured combatants and civilians under the authority of an adverse party are entitled to respect for their lives,dignity, personal rights and convictions. They shall be protected against all acts of violence and reprisals. They shall have the right to correspond with their families and to receive relief.

5 – Everyone shall be entitled to benefit from fundamental judicial guarantees. No one shall be held responsible for an act he has not committed. No one shall be subjected to physical or mental torture, corporal punishment or cruel or degrading treatment.

6 – Parties to a conflict and members of their armed forces do not have an unlimited choice of methods and means of warfare. It is prohibited to employ weapons or methods of warfare of a nature to cause unnecessary losses or excessive suffering.

object of attack. Attacks shall be directed solely against military objectives.